0
Written by Arelys Alexander on September 7, 2017 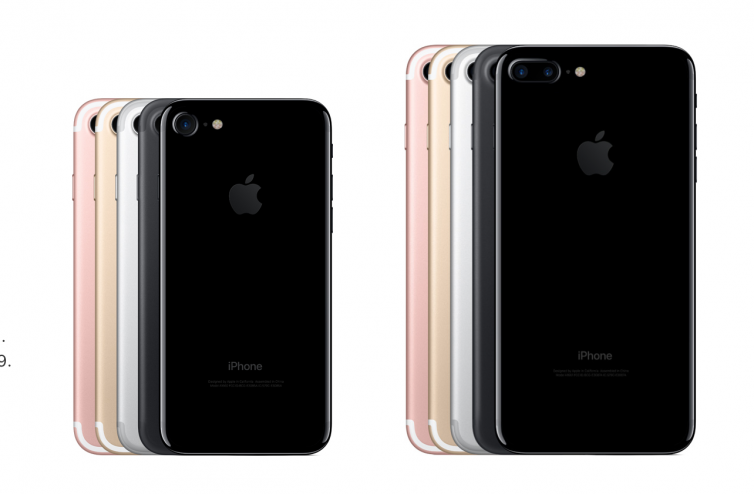 Apple gave themselves a nice pat on the back with their release of the iPhone 7 and 7 Plus, saying these were the best iPhones the company has created thus far.  So what’s all the commotion about?  Here’s the skinny on the new 7 generation iPhones…

Outwardly, the 7 and 7 Plus don’t appear to be significantly different from the iPhone 6s and 6s Plus, but there are definitely some notable improvements internally, as well as a few changes to the the visual appearance of the phone.

Apple nixed the antenna bands that spanned across the back of the previous generation iPhones, giving the new 7 and 7 Plus a sleeker-looking design.  Everyone loves having more color options, and Apple didn’t disappoint, adding two new colors to the standard lineup of Gold, Silver, and Rose Gold.  Now, you can choose from the new matte black color (which apple is calling “Black” – super original, right?) as well as the new “Jet Black” with it’s high-gloss finish. But the most noteworthy feature is that the body of these new iPhones is now dust and water resistant, so it can stand up to rain, water splashes, and slight water submersion (but please, make sure it’s brief!  Don’t let your phone marinate or anything.)

Now, we all know that it’s what’s on the inside that matters most… so, let’s discuss what Apple’s new iPhones have going on internally:  both the 7 and 7 Plus are equipped with an A10 Fusion Processor, which according to Apple, is 40 percent faster than the 6s.  The new efficient, high-performance cores, which are for system intensive tasks, operate using less power, therefore saving battery life.  According to Apple, the improvements made to the processor has given the 7 and 7 Plus the best battery life of any iPhone yet – 12 hours for the 7 and 13 for the 7 Plus.  That’s up to two hours of additional battery life (on average) for those upgrading from the 6s.  There’s one feature that Apple controversially omitted this time around, and that’s a headphone jack.  But if you look on the bright-side, no headphone jack means no headphone cord entanglement!  iPhone 7 users will have to use Bluetooth earbuds (which are technologically improving), but Apple does provide a set of Lightning EarPods when you purchase the iPhone, so here’s to enjoying a wireless headphone experience!

The 7 generation iPhones have one very appealing improvement – a more efficient camera system. I think we can all agree, a good camera is an absolute must!  The 7 features a 12 megapixel, 28mm camera, with a new Apple image signaling processor, resulting in sharper, more detailed pictures.  The 7 Plus has all the stellar new camera features as the 7, but also comes with a 28mm wide-angle lens and a 56mm telephoto lens that enables a better optical zoom and dual-camera functionality.  Both phones’ cameras have a stronger flash and a 7 megapixel FaceTime HD camera (to see you better with, my dear).  So, what does all of this actually mean?  Better selfies.  Clearer FaceTime calls.

Apple did all of us a favor by upping the storage capacity too (I mean, with all the upgrades to the camera, we will be taking tons of pics, right?).  The new storage capacity is a minimum 32GB -128GB and 256GB storage is also available.

Bumping up the camera and screen width on the 7 Plus has made this the more desireable of the two 7 generation devices and, as Apple states, the most popular “Plus” device to be released to-date!

Need help navigating your new Apple iPhone 7 or 7 Plus?  iHelp4Apple is here to guide you towards understanding the ins and outs of your Apple products.  Contact us to schedule your appointment.